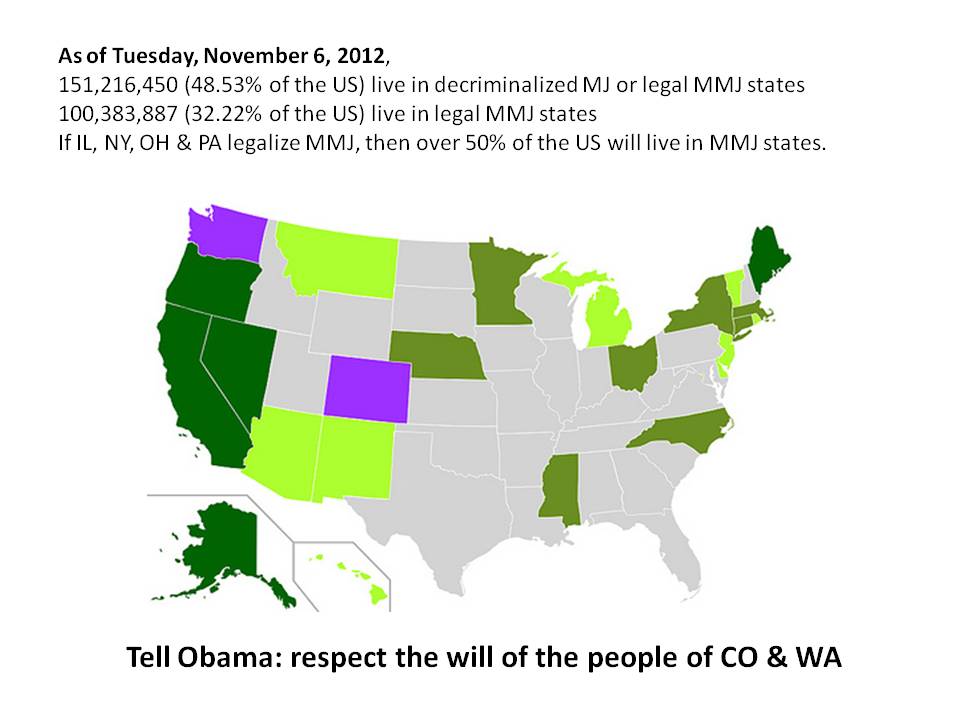 November 6 was a momentous day for drug policy reform; now we must make sure that the Federal Government doesn’t block the initiatives approved by a large majority of the voters of Colorado and Washington.

Ask President Obama to respect the will of the people of the states of Washington and Colorado. Sign and promote the petition http://www.world-war-d.com/2012/11/07/petition-washington-and-colorado/. Don’t wait for the Feds’ reaction, act now!