The 2012 Summit of the Americas in Cartagena, Colombia, gave the OAS (Organization of American States) a mandate to study the impact of current drug policies and explore possible alternatives. The results of the $2.2 million study were presented on Friday, May 17, by OAS secretary general José Miguel Insulza to Colombian President Juan Manuel Santos at the Casa de Nariño (the Colombian White House).

Santos said the report presented “simple, realistic options” for future action in order to “reduce the deaths, the violence that drug trafficking wreaks, the consumption of drugs and the profits of criminals.” The 400-page study emphasizes drug abuse as primarily a public health issue and suggests drug abusers should not be criminally prosecuted but rather treated as ill. “Decriminalization of drug use needs to be considered as a core element in any public health strategy,” it says.

The study included two documents: an analytical report to look at current trends, best practices, and policy challenges; and a set of scenarios about what might happen in the future and the results that could be expected in each scenario. The objective of the reports is to assist the Americas’ leaders to find a better way to address the challenges posed by illicit drugs.

The report – “Scenarios for the Drug Problem in the Americas, 2013-2025” – presents four possibilities for how drug policy could evolve in the Americas, most of which break from the current U.S.-led approach. These scenarios are stories about what ‘could’ happen in the future in and around the hemispheric drug system, based on current trends, and including relevant political, economic, social, cultural and international dynamics. The report calls for an open and serious discussion on marijuana legalization and the widespread implementation of harm reduction strategies.

The most controversial scenario would involve countries unilaterally abandoning the fight against drug production and trafficking in their territory in order to reduce violence. President Otto Perez Molina of Guatemala, a hard-hit cocaine transit country along with neighboring Honduras, made headlines before the Cartagena summit when he said he was tempted to put his country on such a path.

The report is available at http://idpc.net/publications/2013/05/oas-report-scenarios-for-the-drug-problem-in-the-americas-2013-2025

The OAS scenarios report will also be presented and discussed on Monday, in Washington, D.C., at the bi-annual meeting of the Inter-American Drug Abuse Control Commission (CICAD).  Two weeks later (on June 4-6), the OAS will hold its General Assembly in Antigua, Guatemala, with drug policy as the principal item on the agenda.  These developments and others will undoubtedly shape the United Nations General Assembly Special Session on Drugs, currently scheduled for 2016.

Drug policy reform advocates called the report historic, though it made no specific proposals and said there was “no significant support” among the OAS’ 35 member states for legalizing cocaine, the illicit drug with the greatest impact on Latin America.

“This is the first time any multilateral organization anywhere has done something like this,” said Ethan Nadelmann, executive director of the Drug Policy Alliance.

Rafael Lemaitre, spokesman for the White House’s drug czar, said in response to the report that “any suggestion that nations legalize drugs like heroin, cocaine, marijuana, and methamphetamine runs counter to an evidenced-based, public health approach to drug policy and are not viable alternatives.”

“Never before has a multilateral organization engaged in such an inclusive and intellectually legitimate analysis of drug policy options.  Indeed, it would have been inconceivable just two years ago that the OAS – or any multilateral organization – would publish a document that considers legalization, decriminalization and other alternatives to prohibitionist policies on an equal footing with status quo policies.  Political pressures by the US and other governments would have made that impossible.

Much has changed, however, in the past few years. In 2009, former presidents Fernando Henrique Cardoso (Brazil), César Gaviria (Colombia) and Ernesto Zedillo (Mexico) joined with other members of the Latin American Commission on Drugs and Democracy in saying the time had come to “break the taboo” on exploring alternatives to the failed war on drugs.  In 2011, those presidents joined with former UN Secretary General Kofi Annan, former U.S. Secretary of State George Shultz, former Federal Reserve Board chairman Paul Volcker, former Swiss President Ruth Dreifuss and other members of the Global Commission on Drug Policy in calling for fundamental reforms to national and global drug policies.  Former presidents Jimmy Carter, Ricardo Lagos (Chile), Vicente Fox (Mexico) and Aleksander Kwasniewski (Poland) were among those who seconded their recommendations.

Beginning in late 2011, current presidents began to join the calls of their predecessors.  These included President Santos in Colombia, Otto Perez Molina in Guatemala, José Mujica in Uruguay and then-President Felipe Calderón of Mexico.  Simultaneously, the victorious marijuana legalization ballot initiatives in Washington State and Colorado transformed a previously hypothetical debate into real political reform.  Other states will almost certainly follow their lead in coming years.

The OAS scenarios report thus represents the important next step in elevating and legitimizing a discussion that until a few years ago was effectively banned from official government circles.  It is sure to have legs in a way that few reports by multilateral institutions ever do.

The number of medical marijuana states is set to reach 20 as the Illinois Senate approved medical marijuana by a 35-21 vote. Sponsored by Dem. State Senator Bill Haine, a former county prosecutor, the bill is the toughest in the nation and has support from doctors’ groups.

Governor Pat Quinn is expected to sign the bill, making Illinois the 2nd most populous medical marijuana state after California. 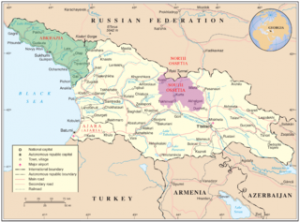 Minister of Labor, Health and Social Affairs, David Sergeyenko stated that the nation was considering new strategies to deal with the issue of drugs among them, the legalization of marijuana. David Sergeyenko pointed out “ban-related mechanisms,” such as Georgia’s laws against marijuana, “often entail a ricochet effect, which means strengthening and development of other directions,” a reference to distinguishing marijuana from other drugs. He added the issue requires a “well-considered strategy” and said the legalization of marijuana could be a part of it.

The strategy is one that could quickly gain some national attention, and political support. Multiple lawmakers in the Republic of Georgia have, in the past, called for the legalization of “soft drugs” such as cannabis. Advocates of such a move say that it will reduce violent crimes by reducing money funneled into the blackmarket. They also argue that it’ll bring revenue to the nation, including from tourists, and will bring about what should be a fundamental freedom for an individual to consume a nonlethal plant.

Discussions are only preliminary at the moment, but expect the issue to gain some traction, and attention, in the coming weeks.