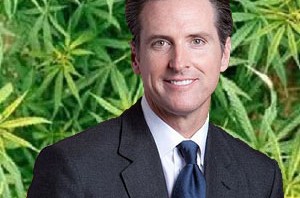 At the California Democratic convention on April 13, Acting Governor Gavin Newson made a vibrant call for marijuana legalization and urged politicians to come out of the closet. The former San Francisco mayor is one of the key contenders for the Democratic Party gubernatorial nomination in 2014 — if Gov. Jerry Brown (D) decides not to run again.

Will we witness a stampede out of the closet?

As California activists seem to be resigned to a 2016 marijuana legalization initiative, a governor-candidate Gavin Newson in 2014 would certainly spice up the race.