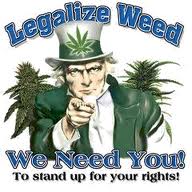 The bill had heavy support from both ruling political parties. It was overwhelmingly passed by the Czech Senate last month by a 67-2 vote after already passing the Lower House of Parliament in December.

The Czech Republic has some of the most liberal drug laws in the world, and is one of the most marijuana-friendly countries in Europe. Possession of up to 15 grams of marijuana, 1.5 grams of heroin, 1 gram of cocaine and 4 tablets of ecstasy and cultivation of up to 5 plants are a misdemeanor offense since January 2010.

Bipartisan group of Congressional members seek to reclassify marijuana for medical use, allow for ‘fair’ trials

It used to be that congressmen Barney Frank and Ron Paul, both now retired, had pretty much the monopoly of drug policy reform in the US Congress, working together on a number of stillborn legalization bills. On the heel of the November marijuana legalization in Colorado and Washington, and as polls reveal strong support for state rights to decide their own marijuana policy, overwhelming support for medical marijuana and majority support for outright legalization, Congress appears to be finally catching up with its constituents. More than a dozen Members of Congress co-introduced legislation on February 14, that would reclassify marijuana for medical use and provide federal defendants the right to use state law compliance as evidence in medical marijuana trials, a right they’re currently denied.

Rep. Sam Farr (D-CA) introduced the “Truth in Trials Act,” which seeks to overturn the prohibition on medical marijuana evidence in federal court.

Both bills were introduced in anticipation of the National Medical Cannabis Unity Conference, “Bridging the Gap Between Public & Policy” on February 22-25 in Washington, D.C. The conference will highlight medical and legal experts, Members of Congress and other policymakers. Monday, February 25 will be a lobby day with hundreds of patient advocates meeting their Members of Congress and asking for reform.

The move is part of a scheduled flurry of congressional activity from the expanding marijuana reform supporters in Congress. Representative Blumenauer had previously introduced on February 6 “The Marijuana Tax Equity Act” that would create a taxation framework for marijuana similar to that in place for tobacco and alcohol. On the same day, Representative Jared Polis, (D. Colorado) introduced the Ending Federal Marijuana Prohibition Act, that would call on the federal government to regulate marijuana much like it does alcohol.

While most of these bills are probably a long shot, they definitively heat up the debate and build up momentum for future battles. Even if President Obama is not likely to sign anytime soon a medical marijuana bill, not to mention recreational, the climate for marijuana policy reform has definitively changed on the banks of the Potomac, warming up considerably since last November.

As for the Obama administration, it has remained remarkably silent on the topic since November, which would actually be the best possible strategy if Obama had any genuine interest in marijuana policy reform. In the currently highly-charged and partisan climate that still prevails in the US Congress, the Obama administration would be well-advised to stay on the sideline and let Congress assume the initiative on such a charged issue. The issue even has some nominal bi-partisan support, which would most likely evaporate if Obama was to take a firm position on it.

Obama is the first US president who has the potential to really understand the issues of illegal drugs in a very personal and intimate way. While he consistently appeared reform-inclined prior to his election, his positions have been far more ambiguous since taking office. Was he careful not to be labeled as soft on drugs? By cracking down on marijuana dispensaries, did he intend to bring the War on Drugs to the Caucasian community? After all, if Caucasians were targeted even half as much as African Americans, the War on Drugs would most likely be over pretty soon.

There is little doubt that Obama truly gets the futility of criminalizing users as well, probably, as small time dealers; is he ready to concede the inanity of prohibitionist policies altogether? Drug policy activists generally expect some substantial changes during his second term. His administration’s response, or the continued lack of it to the Washington and Colorado legalization will undoubtedly give a clear indication of his deep-rooted intentions.
Jeffrey Dhywood
Investigative writer
Author of “World War D – The Case against prohibitionism, roadmap to controlled re-legalization”
www.world-war-d.com
“World War-D” on Amazon: www.amazon.com/dp/0984690409/
FaceBook: http://www.facebook.com/worldward
Twitter:@JDhywood
LinkedIn: linkedin.com/in/jdhywood