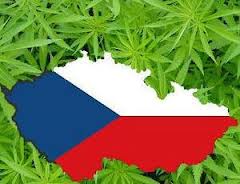 President Vaclav Klaus signed into law Friday a bill that legalizes medical marijuana in the Czech Republic. The bill had heavy support from both ruling political parties.

The bill was overwhelmingly passed by the Czech Senate last month by a 67-2 vote after already passing the Lower House of Parliament in December.

The Czech Republic is one of the most marijuana-friendly countries in Europe. Although marijuana remains illegal,  lawmakers removed all penalties for possession of up to a half ounce and cultivation of five or fewer plants in 2010.