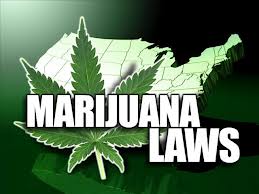 Based on a legalization measure previously pushed by former Reps. Barney Frank of Massachusetts and Ron Paul of Texas, the bill would regulate marijuana like alcohol at the federal level. Growers would have to obtain a federal permit in states that legalize pot and it would be illegal to bring marijuana in states where it is illegal. Oversight of marijuana would be removed from the Drug Enforcement Administration and given to the newly renamed Bureau of Alcohol, Tobacco, Marijuana and Firearms. The measure would impose hefty excise taxes and licensing fees.

While the bill is still quite a long shot, it is one of many planned to be introduced to the US Congress in 2013 and is indicative of the growing momentum for marijuana policy reform on both sides of the aisle. Senate Minority Leader Mitch McConnell last week came out in support of hemp legalization in his home state of Kentucky, and U.S. Rep. Dana Rohrabacher, R-Calif., is expected to introduce legislation allowing states to set their own marijuana policy. Senate Judiciary Chairman Patrick Leahy, D-Vt., announced in December plans to hold a hearing on the conflict between state and federal marijuana laws and has urged an end to federal “mandatory minimum” sentences that lead to long prison stints for drug crimes.