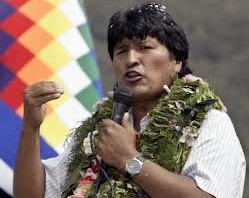 Support for marijuana legalization gaining momentum in the US

In the aftermath of the decisive victories for marijuana legalization in Colorado and Washington, recent polls conducted since then reveal a rapidly widening support for medical marijuana as well as full legalization, and this support is now reaching into the Southern states that have traditionally been strongly opposed even to medical marijuana.

A recent survey conducted in Hawaii, birthplace of president Obama and land of the “Choom Gang” and its “choomwagon”, reveals a stunning 78% support for a “tightly regulated dispensary system” and 57% support for controlled legalization. Hawaii is on a short list of states that might consider the state legislature route to marijuana legalization.

In New Hampshire, a state scheduled to legalize medical marijuana in 2013, support is 68% to 26% opposed, while support for full controlled legalization is 53 to 37 http://www.mpp.org/states/new-hampshire/2013NewHampshireResults.pdf

In Arizona, where the voters approved state’s MMJ program has been under siege from the start, support for MMJ stands at 59% while support for controlled legalization is 53 to 44. Arizona is expected to have a marijuana legalization initiative on the 2014 or 2016 ballot, although it would probably be a long shot.

Lawmakers in Maine, Massachusetts, New Hampshire, Rhode Island and Vermont have already promised to introduce marijuana legislation in 2013, and other are expected to follow, including  Alaska, Arizona, Hawaii, Michigan, Minnesota, Missouri, Montana, Nevada, Oregon and Virginia. Most of the proposals are likely to never even make it to a vote, and others will be defeated or vetoed; still, 2013 is likely to deliver a few more controlled legalization states, while the block of medical marijuana states will most certainly pass the 20 count and may even reach 25, at which point a majority of the US states would have legalized medical marijuana. A Medical Marijuana Bill was introduced in Kansas on January 16.

Meanwhile, on December 19, the National Institute on Drug Abuse released the results of the 2012 Monitoring the Future Survey, which indicate a continued rise in teenage use of marijuana with daily use at 6.5% among high school seniors and last month use at nearly 23 %. The survey also notes a continued decrease of alcohol and tobacco use, which seems to indicate that marijuana is displacing these substances among high-school students. Whether or not this is positive trend is of course a matter of debate, as alcohol is often viewed as more harmful than marijuana. It shows nonetheless that prohibition is failing to curb teen use and alternatives are long overdue.

Bolivian president Evo Morales set an important international precedent on Friday January 11, 2013, when his country rejoined the United Nations’ 1961 Single Convention on Narcotic Drugs with reservations, as the U.N. recognized the traditional use of the coca leaf and Bolivians’ right to chew the coca leaf in their territory.

In Guatemala, President Molina is meeting with Amanda Feilding of the Beckley foundation who will present the Beckley’s report “Paths for Reform”, containing “the Beckley Foundation’s suggestions regarding the steps which the Guatemalan government might now take to maintain the momentum of the President’s initiatives. It complements the report Illicit Drug Markets and Dimensions of Violence in Guatemala, which analyses Guatemala’s situation under the current policies.“

President Molina has been pushing since taking office as year ago for alternatives to the current prohibitionist policies. Guatemala, together with its neighbor Honduras and El Salvador have been taken over by Mexican drug cartels and turned into a battleground between the brutal and much feared Zetas and the Sinaloa cartel fighting for the control of key transit routes to the US.

In Mexico, narco-violence keeps spreading even if the body count may have stabilized or even somewhat decreased with a relative normalization of the Ciudad Juarez territory where the Sinaloa cartel seems to have gained the upper hand. Regions that had been relatively spared until now are being affected  and violence is reaching Mexico City where 22 bodies were discovered on January 12-13 and another 16 bodies in nearby Toluca. Newly inaugurated President Enrique Pena Nieto has said that reducing violence in Mexico is one of his government’s top priorities and has set an ambitious agenda that may stay “letra muerta” (dead words) unless he can get the cooperation of state and local authorities. His position on the War on Drugs and drug policy reform is as fuzzy as ever. The debate may be starting though, as the PRD opposition party is presenting a legalization proposal that stands very little chance of approval but will certainly bring up the debate to the governmental level.

In the UK, the All-Party Parliamentary Group for Drug Policy Reform issued a report on January 14, recommending sweeping changes to current drug policies and decriminalization of all drugs with legalization of the least dangerous ones. The report was promptly rejected by Prime Minister David Cameron, claiming that the current approach to drugs in the UK is “the right one and is working”, making one wonder what he has been smoking lately. Meanwhile, his Deputy Prime Minister and partner in the ruling coalition, Nick Clegg, declared that the “drugs war is lost” and “current drugs policy have not been delivering for a while”.

On January 16, The British Medical Association, a professional association and registered trade union for doctors, published a comprehensive report on drug policy in the UK making clear the role they feel medical practitioners should play, not only in improving care of problem drug users, but also in becoming involved in the political debate over drug policy. http://www.beckleyfoundation.org/2013/01/16/doctors-make-themselves-heard-in-the-drug-policy-debate/

In France, 150 to 200 marijuana social clubs (clubs of growers for personal use) decided to come out of the closet in February and apply for official registration. Cannabis social clubs have been legal in Spain for quite some time already.