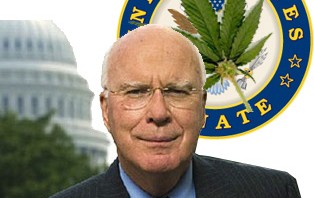 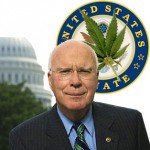 As players on both sides of the issue are pressuring the Obama administration to take a stand on the legalization of marijuana, Senator Patrick Leahy (D-Vt.), Chairman of the Senate Judiciary Committee, is planning a hearing next year to discuss federal policy towards Colorado and Washington State now that they have legalized marijuana. Leahy also sent a letter to drug czar Gil Kerlikowske, offering a compromise solution: “One option would be to amend the Federal Controlled Substances Act to allow possession of up to one ounce of marijuana, at least in jurisdictions where it is legal under state law.”

Meanwhile, a massive global campaign for drug policy reform, labeled “Breaking the Taboo” has been launched by the Beckley Foundation in association with The Global Commission on Drug Policy, Virgin Unite and Avaaz. The campaign has high profile support from ex-presidents Carter and Clinton, as well as Presidents Perez Molina of Guatemala and Juan Manuel Santos of Colombia. http://www.breakingthetaboo.info/. Few days after its launch, close to 700,000 people have already signed the petition that will be presented to UN Secretary General Ban Ki-moon and all heads of states.

I also remind you that a special UN session on drug policy reform has been convened for early 2016 at the request of Latin America with the support of Spain and Portugal. http://www.world-war-d.com/2012/12/02/un-special-session-on-global-drug-policy-2016/ Preparatory work will start in 2013. I will keep you posted.