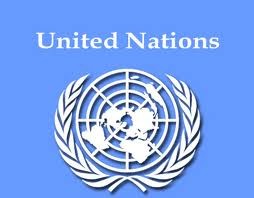 The 76th UN assembly opened its doors in New York yesterday, Monday September 24, and for the first time ever, drug legalization will be brought up by no less than three Latin American heads of state.

Both Guatemalan and Colombian presidents have scheduled talks on Wednesday and both have already announced their intention to bring up the issue of global drug policy reform.  Guatemalan president Perez Molina has been the most forthcoming, and announced his intention to ask for a global dialog about new approaches to the fight against drug trafficking, including drug legalization. He will also request a revision to the Single Convention on Narcotic Drugs of 1961 as amended by the 1972 Protocol.  Perez Molina reiterated that the 50 years old war on drugs has failed and that it is time to look for more viable alternatives.

Colombian president Santos has been more ambiguous, and while he has been building up expectations for his upcoming talk at the UN, he also reminded that drug trafficking is punished by death penalty in many parts of the world. Let’s hope this is not what he means when he talk about “grabbing the bull by the horns”.  More likely, Santos is contrasting the two extreme approaches of free-market and death sentencing to the current failed policies. While he has been hinting for a while his support for controlled regulation, so far, he has failed to take a resolute stand.

The case of Calderon is more puzzling. Yesterday, September 24, the Mexican president, whose term ends on December 1st, conceded: “ Let’s be honest, I don’t see any [solution] other than the regulation of drugs in the global marketplace, starting here, in the United States.” (“Seamos honestos: no se me ocurre otra que no sea la regulación de las drogas en el mercado global, empezando por aquí, por Estados Unidos”).  He then lamented the 60,000 deaths caused by his own militarization of the fight against narco-trafficking. Where was he for the past 6 years? Will Calderon join the exclusive but growing club of retired heads of states asking for drug policy reform? As it seems that his market approach epiphany dates back to 2011 at least, one wonders why he didn’t act on it while he was in position to do so. As for his successor Enrique Peña Nieto, he has been wavering back and forth and his position seems hard to pinpoint, but as recently as Monday September 4th, he has been encouraged by Calderon himself to explore other alternatives, the codeword for legalization.

It is significant that the debate is brought up by three conservative, well-respected heads of state with impeccable credentials, representing countries that have paid a very high price in the war on drugs. While it is doubtful that the UN discourses about drug policy reform could result in any concrete action in the near future, it still marks a significant shift, especially as the UN Assembly is an opportunity for multilateral exploratory contacts that may coalesce down the line into a coalition of the willing to legalize.  Santos will meet in New York with UK Prime Minister David Cameron, who advocated drug policy reform before assuming office, but backed off since then. The path to global drug policy reform must pass through the UN sooner or later. This could be the exploratory stage of the process.

Santos has repeatedly affirmed his support for controlled legalization, always adding the caveats that legalization can only work globally, that it cannot be implemented unilaterally, and that he doesn’t want to take the lead of a coalition for legalization. Still, someone will need to bite the bullet and take the lead sooner or later. Perez Molina has tried to assume this role since taking office last January, but Guatemala is a clout-less, small impoverished country emerging from a brutal civil war; it was considered a pariah state plagued by human right abuses and systemic corruption until very recently. Molina was met with staunch opposition by his immediate neighbors Nicaragua, Honduras and El Salvador. Only Costa Rica responded favorably to Perez Molina’s initiative, who also got the ambiguous support of Colombia. Drug legalization was discussed at the April 15-16 OAS (Organization of American States) Summit in Cartagena, Colombia, but such discussion didn’t go much further than the acknowledgment that legalization is a valid point of discussion. As usual, a commission has been created to study drug policy alternatives, with a report scheduled for publication in June 2013; considering that the report will need the US and Canadian seal of approval, expectations shouldn’t be set too high.

Bottom-line: as Perez Molina is acutely aware, a Latin American coalition for drug policy reform won’t go anywhere without Colombia and Mexico onboard, and Latin America is the only part of the world where global drug policy reform can be initiated. Nevertheless, even if a lot remains to be done, we must acknowledge the astounding progress made since January of this year. A taboo has undoubtedly been broken; drug policy reform has become an almost mandatory topic at international meetings involving Latin America countries. Tiny Uruguay is debating the legalization of marijuana under state control; after having been dubbed the Switzerland of Latin America, Uruguay could very well become the Portugal of Latin America. The prospect of marijuana legalization in Uruguay has been met with surprisingly tepid opposition from the UN and the US, who might secretly welcome a sort of social and regulatory laboratory in this prosperous, non-strategic country with a long tradition of independence and great human rights records.

The November elections in the US could also be a game-changer if marijuana legalization initiatives are approved in Colorado and Washington State as polls seem to indicate. Such a move would most likely embolden Latin America.

Finally, we should keep our eyes open for the 22nd Ibero-America Summit, November 16 – 17 2012 in Cadiz, hosted by Spain and attended by Portugal and most Latin American countries. Portugal and Spain having some of the most liberal drug policies in the world, this summit should offer a favorable environment for an open debate on drug policy reform. Scheduled after the November US election, it might embolden Colombia and Mexico to take more assertive positions, especially if marijuana legalization initiatives succeed in Washington and/or Colorado.

If you agree with our views, please share this post to support our cause. Send it to at least 5 of your friends, post it on social networks, on your blogs, etc.